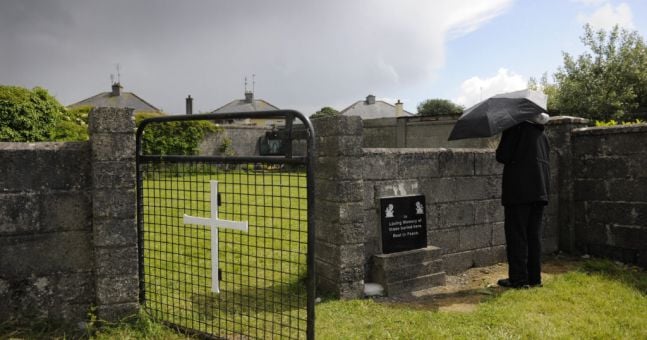 LEGISLATION has been released today which provides a legal basis for the recovery and identification of children who are inappropriately buried at a site of the former Mother and Baby Home in Tuam.

The long-awaited Certain Institutional Burials (Permitted Interventions) Bill was approved by Cabinet this morning ahead of a webinar hosted by Children’s Minister Roderic O’Gorman with survivors and relatives of the home.

In response to the recommendations of the pre-legislative review and the concerns expressed by family representatives, the minister has made a number of very significant changes to the bill.

As a result, the bill has been strengthened and improved, with significant changes including the removal of the restriction on coroner jurisdiction, the inclusion of a comprehensive program of forensic searches, recovery and analysis to international standards, and the broadening of the participation of families. in DNA identification.

From now on, the participation of grandparents, grandchildren, aunts, uncles, nephews and nieces is provided for in the Identification Program.

The requirement for a pilot has also been removed from the identification program, allowing identification to be undertaken on each set of remains where possible.

The legislation will allow the government, by decree, to direct a response to a site and approve the appointment of a director to oversee and manage a phased, step-by-step approach, including some or all of the following steps:

An advisory board, which will include coroner and scientific expertise, as well as family and former resident representatives, will be appointed to guide and support the director in his role.

The legislation is also not specific to a site and may provide for intervention on other sites if similar situations arise.

The government believes that in the context of Tuam, the process of recovery and identification will be “extremely complex” due to the number and ages of the children buried there and the manner in which the remains are interred.

A Technical Expert Group (ETG) published a technical report on the Tuam site in December 2017. The report highlights the uniqueness of the site and notes that there are no directly comparable national or international cases.

It sets out the factors that make the situation at Tuam unique, including the “significant” quantities of juvenile remains, the mixed or mixed state, and the position of the remains in underground chambers with limited access.

“While this intervention is therefore expected to be difficult, the legislation ensures that it will be carried out by professionals in accordance with international standards and best practice in order to maximize what is scientifically achievable in the identification and return of remains,” said said a press release reads.

Speaking on the bill, Minister O’Gorman said what happened in Tuam is “a stain on our national conscience”.

“The Institutional Burials Bill will finally enable us to provide children buried in Tuam with a dignified and respectful burial. I have listened carefully to families, survivors and independent experts to strengthen and improve the legislation, and it is reflected in the bill approved by the government today.

“It has now been 5 years since the remains were confirmed at the Tuam site, and I think the families involved had to wait far too long for the exhumation to begin,” he continued.

“The legislation we are releasing today will allow us to move forward, in partnership with the Tuam families, survivors and their advocates, and finally reunite them with the remains of their loved one.”

He said he is committed to moving the bill forward as soon as possible and said if it passes he intends to create an office of the director of Tuam and start excavations later. This year.

The Mother and Baby Homes Commission of Inquiry was set up following claims that 796 babies were buried in an unmarked mass grave at the former Tuam Institution – following extensive research by the local historian Catherine Corless.

Excavations carried out between November 2016 and February 2017 uncovered a large quantity of human remains buried in a vault on the site.