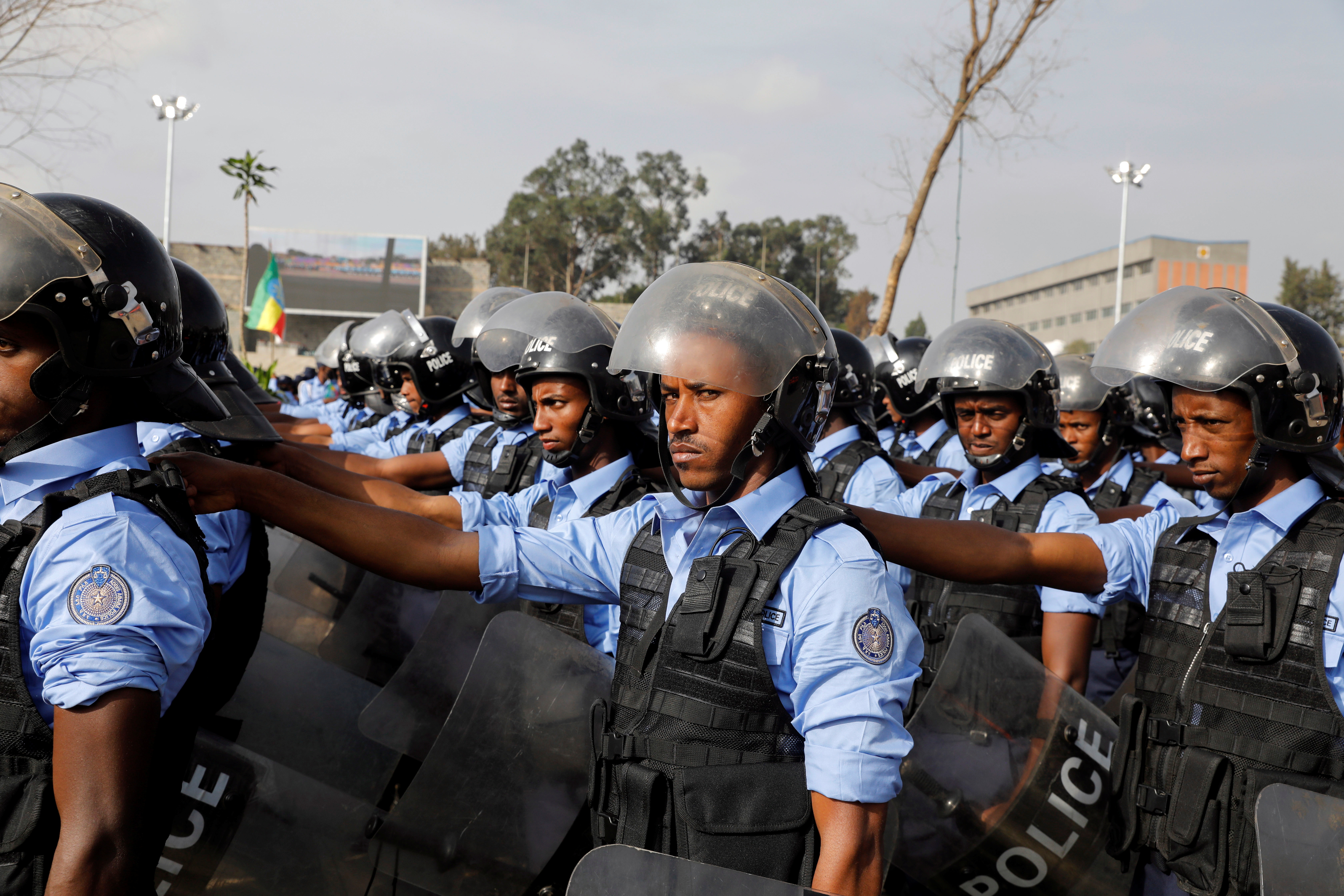 Nairobi, November 2, 2021 – Ethiopian authorities must immediately release radio and television journalists Ahadu Luwam Atikilti and Kibrom Worku and stop retaliating against members of the press for their coverage of the ongoing war in northern Ethiopia, the Committee to Protect Journalists said today.

On October 22, at around 4:00 p.m., police in the Ethiopian capital Addis Ababa arrested Luwam Atikilti, a journalist working for private radio and television Ahadu, at her workplace, according to the report. the news and his lawyers, Abebaw Abebe and Tigabu Dessalgn, who spoke to CPJ by phone. Meanwhile, on the afternoon of October 26, police arrested Kibrom Worku, a journalist and editor-in-chief of the station, after summoning him to Ahadu’s offices in Addis Ababa, according to Abebaw and Tigabu, as well. than the news. The journalists have remained in detention to this day, according to these sources.

The detention of the two journalists follows an October 22 report by Ahadu Radio, in which Luwam interviewed an official who claimed that forces led by the Tigray Peoples’ Liberation Front (TPLF), a rebel group which was engaged in a year-long war against the federal government, took control of Haiyk, a city in Amhara regional state, according to a report from an independent news site Ethiopia Insider and a fellow journalists who spoke to CPJ on condition of anonymity citing security concerns. Ahadu retracted the report hours later, claiming it was inaccurate, and apologized to his audience, according to Abebaw, Luwam’s lawyer, and Ethiopia Insider. The colleague told CPJ that Kibrom was the chief editor on that day and that he believed the arrests were directly related to Luwam’s report.

“The detention of the two radio and television journalists Ahadu is an overreaction to a retracted report, and it is alarming that the courts are considering criminal charges against them,” said Muthoki Mumo, CPJ representative for Africa sub-Saharan. â€œThe authorities should immediately release Luwam Atikilit and Kibrom Worku, and the police should end any investigation against them. “

Luwam appeared before the Federal Court of First Instance on October 23; During this appearance, police had five days to detain her so that they could investigate allegations that Luwam communicated with a terrorist organization and disseminated false information, according to Abebaw. Police said they needed time to collect forensic evidence from her phone and laptop, Abebaw said. On October 28, the court granted the police an additional eight days to detain Luwam, as they said they were still collecting evidence from her as well as from Ethio Telecom, which holds the monopoly as a service provider. The country’s Internet and telephone, and intelligence services. , according to reports from Voice of America and Addis Standard.

The journalists’ lawyers claimed in court that since the report was corrected quickly, the matter should be dealt with through the media law, not as a criminal act, according to the news. Ethiopia’s media law, enacted in April 2021, provides for civil liability in defamation and misstatement cases, Tigabu, one of the journalists’ lawyers, told CPJ by phone.

In May, the Ethiopian parliament designated the TPLF as terrorist group, according to media reports. Since the start of the Tigray war in November 2020, CPJ has documented the arrests of several journalists accused of having ties to the TPLF.

CPJ emails to Ethiopia’s Justice Ministry and Federal Police spokesperson Jeylan Abdi requesting comment on the detention of the two Ahadu journalists have not been answered. Jeylan also did not respond to a text and a WhatsApp message asking for comment.

Human identification market: Evolution of a new subspecialty will grow at a CAGR of 9.3% by 2030