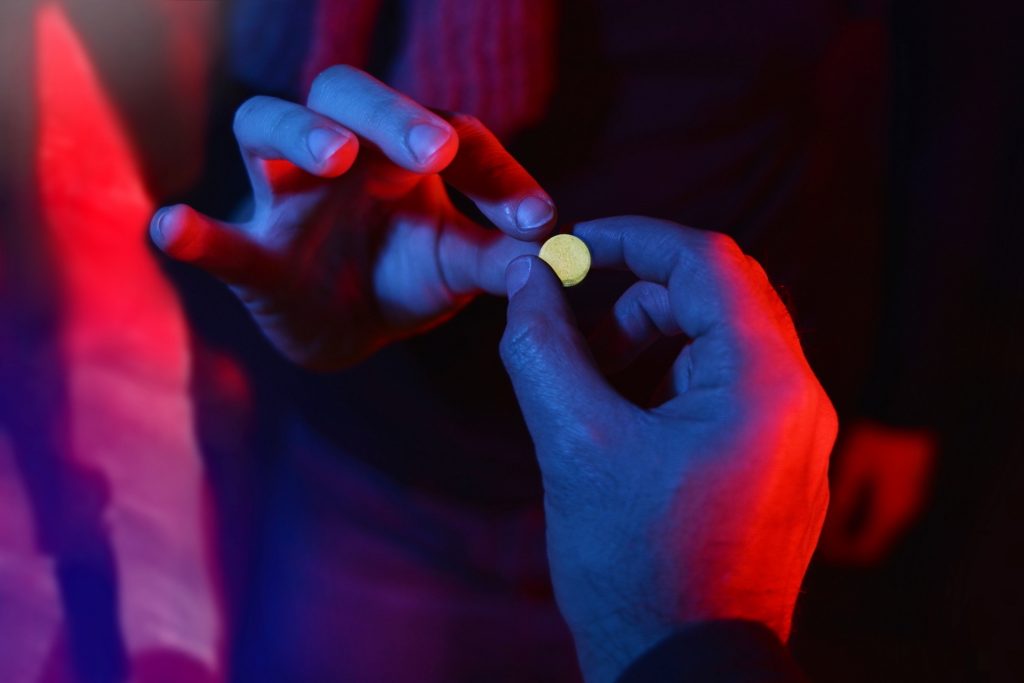 Forensic identification of sexual assault through club drug use

Today there has been an increase in sexual assaults involving the use of drugs and alcohol. Sexual assault is any sexual behavior that makes a person feel uncomfortable or afraid. And that covers rape, child sexual abuse, indecent assault. More than 250,000 cases of rape have been recorded by the police each year according to a United Nations statistical report. The data reported covered 65 countries.

Club drugs come under the group of psychoactive drugs. They work on the central nervous system and change your mood, awareness and the way you act. Club drugs are also used as date date drugs, to prevent a person from saying no or fighting against sexual assault. In recent years, club drugs have not only been used in the club or party, but have quickly spread to high schools and colleges across the United States. Abuse of these drugs can cause serious health problems and sometimes death. When drugs are taken with alcohol, they become more dangerous for us. They include: –

MDMA (Methylenedioxymethamphetamine) and it is also known as Ecstasy XTC, Adam, Molly, Hug beans and Lovedrug. Cause effects include altered sensations, increased energy, empathy, and pleasure. When taken orally, the effects begin in 30 to 45 minutes and last 3 to 6 hours. GHB (Gamma-hydroxybutyrate) it has been used clinically since the 1960s as an intravenous anesthetic, it is also known as G, Liquid Ecstasy and Ketamine Soap, also known as Special K, K, Vitamin K and Jet . The illicit use of GHB has historically been associated with coma, seizures, death, and drug-facilitated sexual assault. LSD (lysergic acid diethylamide) weakens the senses and causes hallucinations. It was first synthesized in 1938 by a Swiss chemist, Albert Hofman. It is also known as acid, blotter, and dots.

GHB in hair in drug-facilitated sexual assault case: Over the past 10 years there has been an increase in the use of GHB (Gamma-hydroxybutyrate) for sexual abuse. For drug-facilitated crimes, ketamine and flunitrazepam are used with GHB. The effect of the drug depends on the dose; A dose of 10 mg / kg causes amnesia, 20-30 mg / kg induces sleep and doses of 50 mg / kg or more produce anesthesia.

The hair has not been altered or cosmetically treated and the cut has been made as close to the scalp as possible. Then, the two strands of 20cm and weighing less than 500mg of hair are collected and stored in plastic tubes at room temperature. Then, the hair collected by the posterior vertex was decontaminated twice with 5 ml of methylene chloride for 2 minutes at room temperature, then cut into four proximal segments of 3 cm and four distal segments of 2 cm. About 20 mg of decontaminated hair were incubated in 0.5 ml of NaOH (0.01), 16h at 56oC overnight, adding 25 µl of GHB-d6 (20 ng / ml) used as internal standard. After cooling, the homogenate was neutralized with 50 µl of 0.01 MH2SO4. After the stirring and centrifugation process, evaporate the organic phase to dryness under a stream of nitrogen. The residue was derived by adding 20 µl of BSTFA (1% TMCS) and 20 µl of ethyl acetate for 20 minutes at 600The aqueous wash was analyzed under the same analytical conditions.

A urine test plays a very important role in the discovery of drug abuse. Using the LC-MS method, we can identify several drugs of abuse, such as benzodiazepines and a new psychoactive substance in the urine.

Preparation of the standard solution

First, the abused drug powder was dissolved at 500 ng / ml with methanol to obtain a stock solution. Calibration standards contain mixtures at 12 serial concentrations and ranged from 0.125 ng / ml to 200 ng / ml were prepared daily for each analytical lot. These standards were stored at 40C during the study period. Calibration curves of several drugs and quality control samples were prepared with urine samples.

Undercoat nail polish, the first fashion designer anti-rape nail paint discovered by four North Carolina college students that detects drugs in seconds by changing the color of the nail paint. It is named as “secret colors”. This indicates that the drink was drugged and exposed to the victim. This drug mainly focuses on drugs like GHB, Rohypnol, Xanax, and Special K. The advantage of seeping color nail paint is that it is invisible, which likely prevents potential invaders from dying. ‘Even trying to spike someone’s drinks, because they would. I don’t recognize who can wear it. It helps prevent rape at clubs or parties. The downside of this nail paint is that it can detect one drink at a time and also affect the human body once a person ingests it by mistake. This nail paint helps prevent cases of sexual assault in the forensic field.

How to reduce risk and protect yourself

A 24 year old girl goes abroad to study there and she has been studying abroad for about 1 year. During this time, she met a man who became her boyfriend. Throughout the year abroad, she sometimes woke up with a severe headache and nausea and noticed small abrasions on one arm, similar to pricks (punctures). Despite all of this, she wasn’t too worried. She believed that her confused state of mind was due to being abroad, away from home, stressed and hangover. After a month, when she returned to Italy, she received video clips shot by a cell phone camera at home. And it was a sex video, in those videos she was having sex with a boy, her boyfriend, whom she had met while studying abroad, but she noticed that she was in a confused state of mind and that she didn’t remember it at all. And she was confirmed to have been raped by her boyfriend while on drugs. On this basis, she decided to have her hair analyzed. And she admitted moderate alcohol consumption by herself but no drug use during the time she was abroad.

Intern at the Department of Forensic Sciences and Criminal Investigations