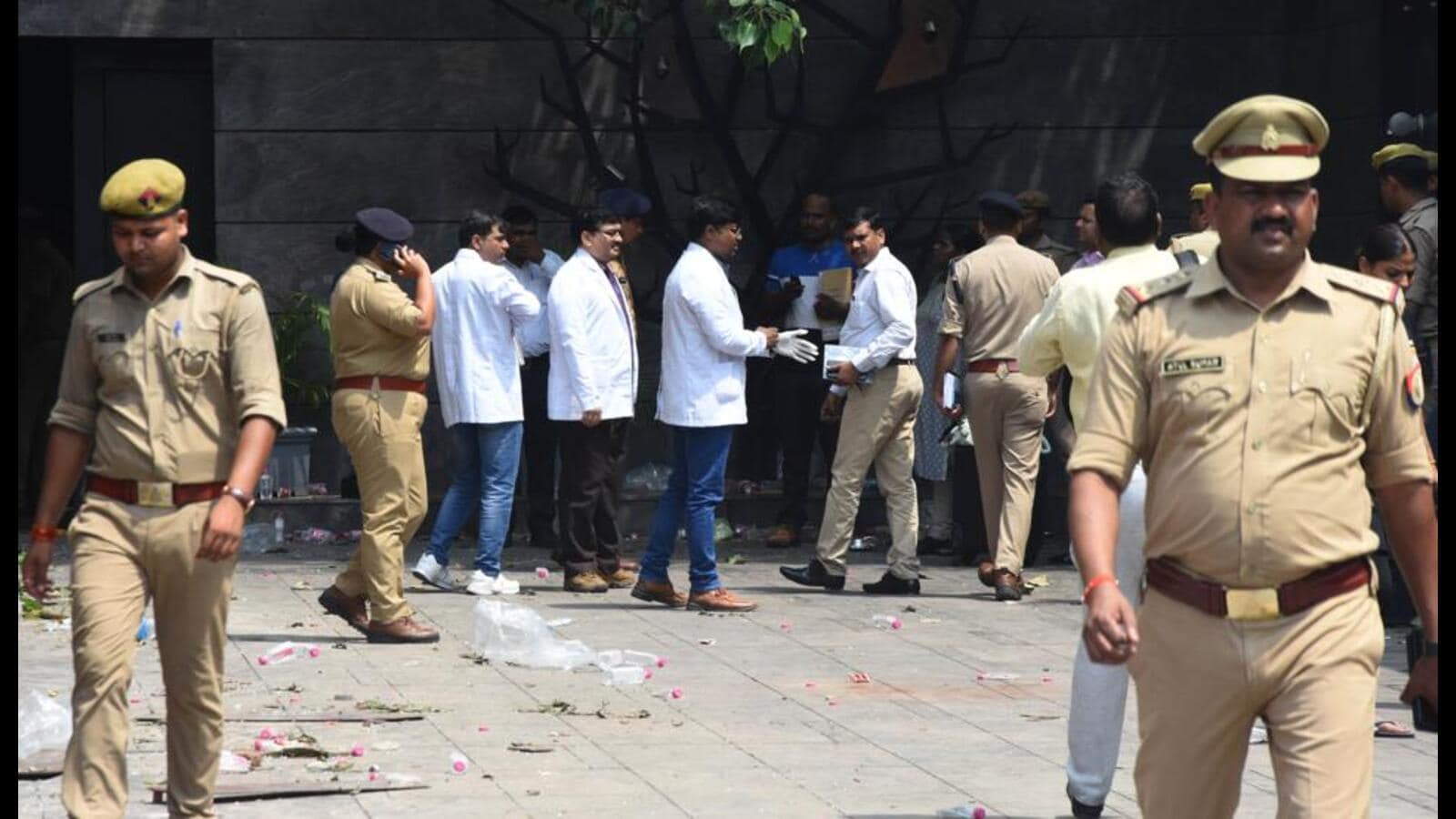 LUCKNOW A high-level committee opened an investigation into the Levana Suites tragedy on Tuesday to determine the cause of the fire that killed four people and injured eight on Monday. The team included Police Commissioner (CP) SB Shiradkar, Divisional Commissioner Roshan Jacob, forensic experts, fire departments, police personnel and a team from the Lucknow Development Authority (LDA).

A major fire broke out Monday morning on the second and third floors of Madan Mohan Malviya Marg hotel. Chief Minister Yogi Adityanath had visited the injured survivors in hospital to inquire about their welfare and ordered a joint investigation by Lucknow CP and the Divisional Commissioner into the incident.

While the forensic team examined every part of the hotel to determine the reason for the fire, the police and fire team investigated breaches and faulty fire safety devices at the scene. The LDA team assessed deficiencies in the construction of the building and the operation of the hotel from this location.

The ground floor of the hotel has a restaurant and reception while the first floor has a banquet hall. There are 15 rooms each on the second and third floors of the hotel. Of these, 18 were occupied when the fire broke out.

Police had filed an FIR against four people, including two cousin brothers Rahul and Rohit Agarwal, owners of the hotel, Rohit’s father Pawan Agarwal and the hotel’s general manager Sagar Srivastava under Sections 304 of the IPC (for causing death by negligence) and 308 (for risking people’s lives by rendering them unconscious with their act).

The allegations mentioned in the FIR filed on the complaint of Hazratganj Police Station Senior Deputy Inspector Daya Shankar Dwivedi said that no fire safety measures were in place at the hotel. Also, the hotel had no emergency entry and exit routes and the electrical installations were also inadequate.

The FIR also said there were no measures in place to handle emergency situations as iron gratings/panels were installed on the window panes which did not allow people to exit through the windows. He further stated that hotel owners and managers were aware of these failings and that they were putting people’s lives at risk by operating the hotel from the building.

A day after the fire, more than 15 of the survivors showed up at the Levana Suites on Tuesday to pick up their belongings. The two people, who went missing after the incident, were also found safe and sound. Police said the duo moved to their relative’s home after escaping from the hotel on Monday.

Additional DCP (Central) Rajesh Srivastava, who was at the scene, said survivors had started reaching the hotel since morning and more than 15 showed up to collect their belongings which had been left behind after the fire declared himself at the hotel. He said the police prepared the list of survivors and handed over their belongings after verifying their identity.

He said the two people – Naina Tewari (who was staying in hotel room number 314) and Ujjwal Mishra (who was staying in room number 208) – who were reported missing after the incident, were found safe and sound. save. Mishra arrived on Tuesday morning to collect her belongings while police had a chat with Naina Tewari’s father and were told she was safe and moving in with her relative in Lucknow, the ADCP added.

Ujjwal Mishra told the media that he stood outside the hotel for several hours on Monday, but no one noticed him. “Afterwards, I changed places because I was completely exhausted. I learned that the police and the administration had declared my disappearance,” he added.

The human identification market is expected to reach $6,435.6 million…