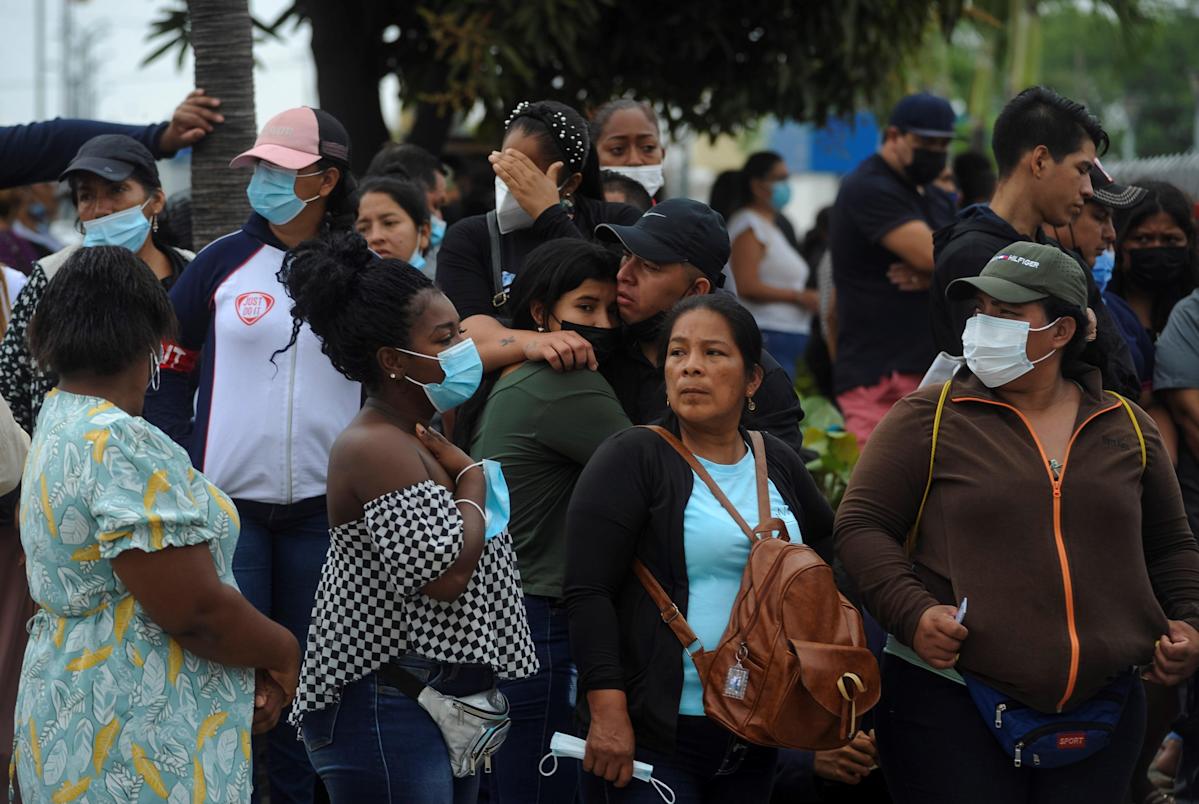 Identification of bodies of inmates murdered in Ecuadorian prison advances

Guayaquil (Ecuador) November 14 (EFE) .- The work to establish the identity of the 68 inmates killed in the massacre on Saturday at the Guayaquil penitentiary, 34 of whom have been identified, are progressing while the police are trying to maintain control of the detention center.

From the early hours of the morning, relatives of prisoners killed amid clashes between the pavilions – apparently due to conflicts between drug-trafficking gangs fighting over territories – began arriving in front of the morgue looking for ‘information.

Until noon this Sunday, 34 bodies had been recognized and four of them had been delivered, while the forensic service of the Police had planned to deliver the other 30 until the end of the day.

The 68 bodies had not yet arrived at this center, located in the suburbs of Guayaquil, because, according to Colonel Marco Ortiz, national director of technical-scientific investigations of the Police, only 61 bodies could be recovered from the prison.

â€œThe respective autopsies have been performed and so far we are communicating with the families of these individuals so that they can perform the respective procedures here at the forensic facilities,â€ the officer reported.

The condition of the bodies is varied, he said, as some were burned and maimed amid the clashes, which is why they were only able to fingerprint 45 of the 61 bodies.

The rest of the corpses will have to be the subject of an “anthropological identification and if necessary a genetic identification.” This, of course, takes longer, â€Ortiz added.

In a statement, the General Secretariat of Communication indicated that â€œthe process of handing over the bodies consists of carrying out an autopsy, which must be approved by the prosecution; ask the civil registry for authorization of the data and check if they are certified; deliver the death certificate and, finally, return the body to the coffin to the next of kin. “

Source of the article

Disclaimer: This article is generated from the feed and not edited by our team.

Apply for various positions in the Unique Identification Authority of India