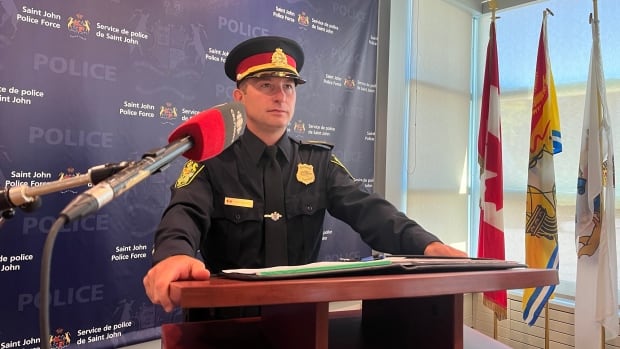 Kyle LeBlanc’s family awaits identification of remains, but ‘there is no good outcome’

On Friday evening, a hiker called police after discovering human remains in the heavily wooded area between Lakewood Heights and Golden Grove Road.

Rocca said it was unclear whether the two sets of remains were from one body or two, but they were found about 100 yards apart.

Nothing else was found during the search — clothing or other items — that investigators believe could be linked to the human remains, Rocca said at a news conference later Monday.

They were also found in the area where police conducted extensive search operations for LeBlanc in March, April and May 2021.

His family spearheaded a search effort, including offering a reward for any information to find him.

If the odontologist is unable to identify the remains through dental records, the forensic unit will have to find another way, which could take longer, he said.

Rocca also said that once the remains are identified, it will be up to the next of kin to decide whether police can share the person’s name.

He said it’s still not known if a crime is suspected.

“At this time, there is no evidence that we should believe this to be a homicide. However, this will require further investigation with forensic services and a forensic anthropologist to review the details. remains.”

LeBlanc was 30 when he disappeared.

His stepmother, Erin Adams-LeBlanc, said Monday that investigators are in contact with the family, but they have not confirmed the remains belong to her stepson.

“We are currently surrounded by friends and family members awaiting positive identification of the remains,” she said. “There is no good outcome regardless of the outcome, and the family is trying to process at this time.”

There has been an “overwhelming sincere response” from the community and other families of departed loved ones,” she said.

“It’s very moving and heartbreaking as we all wait. It feels like time stands still as we wait to find out.”

She thanked the community, police investigators, media and search and rescue teams for their efforts.

Rocca said that between March and May 2021, police conducted three search operations north, northeast and northwest of Lakewood Heights in forested and swampy areas. Search and rescue teams, cadaver dogs and drones have been used in these search operations.

He said the remains were found northwest of Lakewood Heights on Friday and Sunday.