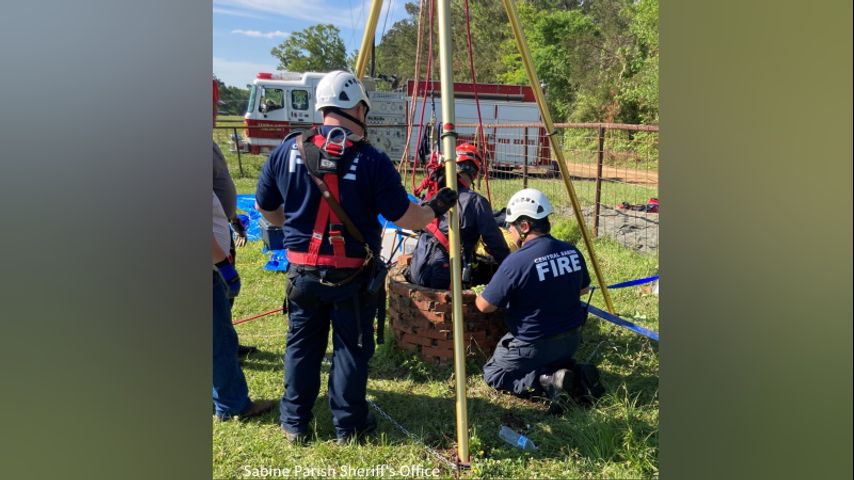 SABINE PARISH – Authorities have announced a critical discovery in a cold Sabine Parish case that has been under investigation for 35 years.

According to a Tuesday night update from the Sabine Parish Sheriff’s Office, human remains found in a local well in 1986 have now been identified.

With the help of LSU Forensic Anthropology and Computer Enhancement Services (FACES), authorities were able to link the remains to a 58-year-old man from Grand Isle named Lester Rome, who was reported missing by Jefferson Parish authorities in 1984.

Two years after Rome’s disappearance, a landowner from the Sabine parish found the remains of human skeletons in a water well on his property.

At the time, although some of the skeletal remains were recovered, a positive identification could not be determined.

In October 2013, LSU’s FACES laboratory established a possible link with the remains of the well and Lester Rome.

The skeletal remains had shotgun pellets embedded in the pelvic region, implying that Rome had been wounded by the gunshot a few years before she vanished.

In December 2020, former DA investigator Ted Delacerda handed over several newspaper clippings and photographs of the case to the Sabine Parish Sheriff’s Office.

In February 2021, with permission from the current landowner, Sabine Parish Sheriff’s detectives attempted to recover other skeletal remains from the well by mechanical means, but were unsuccessful.

In April 2021, with the help of staff from the Confined Space Entry Team of the Central Sabine Fire Department, other skeletal remains and other evidence were recovered inside the well.

On October 18, 2021, Dr Mark Holder, Coroner of Sabine Parish, issued a death certificate indicating that the skeletal remains recovered from the well were those of Lester Rome.

Officials say Rome’s next of kin have been notified.

Sabine Parish Sheriff’s detectives are still investigating the case and looking for more information that could lead to the person (s) responsible for Lester Rome’s death.

New proof, positive identification made in the case of the man at the Sabine well | New