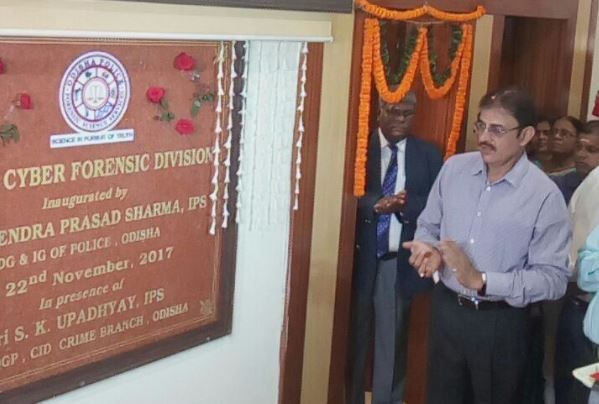 Bhubaneswar: While cybercrime in the state is rampant with many obscene videos going viral on social media sites recently, Odisha DGP Rajendra Prasad Sharma inaugurated the highly anticipated Cyber ​​Forensic Laboratory in Rasulgarh here on Wednesday to deal with such crimes.

The Cyber ​​Forensic Laboratory was set up with the purchase of the latest equipment and software at a cost of around Rs 1 crore.

Two scientific officers, who have undergone expert training in various institutes, including central forensic laboratories, have been appointed to the laboratory.

“We used to refer cases to other cybercrime labs due to which the investigative process was a bit late. But with the launch of this Cyber ​​Forensic Laboratory, I hope that we will receive the reports soon. Two scientific officers have been appointed to manage this division, ”said the DGP, addressing journalists after the inauguration ceremony.

“The Cyber ​​Forensic Laboratory will also be useful for the investigation of viral videos uploaded to social networks,” he added.

Previously, state law enforcement referred cases to central forensic laboratories in Kolkata, Hyderabad and Chandigarh. The investigation process was affected due to the failure to receive the forensic findings on time.

“With the establishment and function of the Cybercrime Division of the State Forensic Medicine Laboratory, the institution’s experts will be able to assist investigators in detecting the exact nature of the crime, presenting evidence, forensic analysis and preparation of reports acceptable to the Court of Law, ”said a press release issued by Odisha Police.