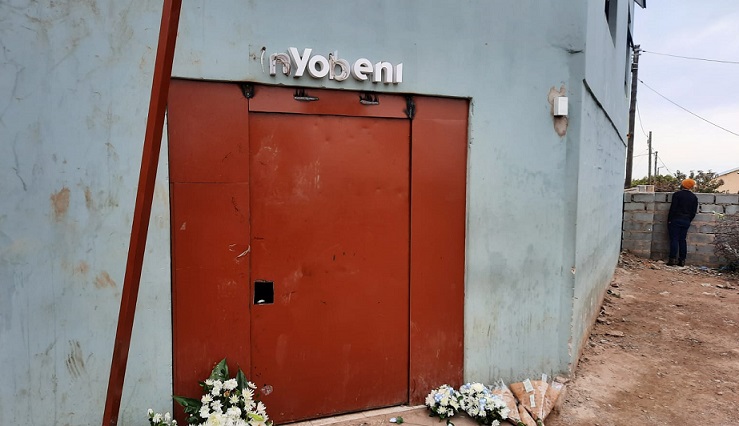 The Portfolio Committee’s monitoring visit for women, young people and people with disabilities has been cut short in east London as entry to the Enyobeni Tavern has been banned.

The visit of the parliamentary committee comes after the tragic death of 21 young patrons on the 26th of last month.

Portfolio committee chairwoman Nonhlahla Ncube-Ndaba expressed her disappointment when she found the doors to the tavern locked.

“As MPs, we have the right to come and do our oversight, so no one should stop us or prevent us from doing our job. Therefore, people must be held accountable for what they do. We will do our job.

Preparations for the mass funeral

Preparations are underway for the funeral of 21 young people who died at Enyobeni Tavern in Scenery Park in East London in the Eastern Cape.

Engineers are on hand to erect a marquee that will accommodate mourners at the funeral scheduled for Wednesday.

President Cyril Ramaphosa is expected to attend the funeral.

The young people died more than a week ago. Police have yet to release the results of forensic tests carried out to determine the cause of death.