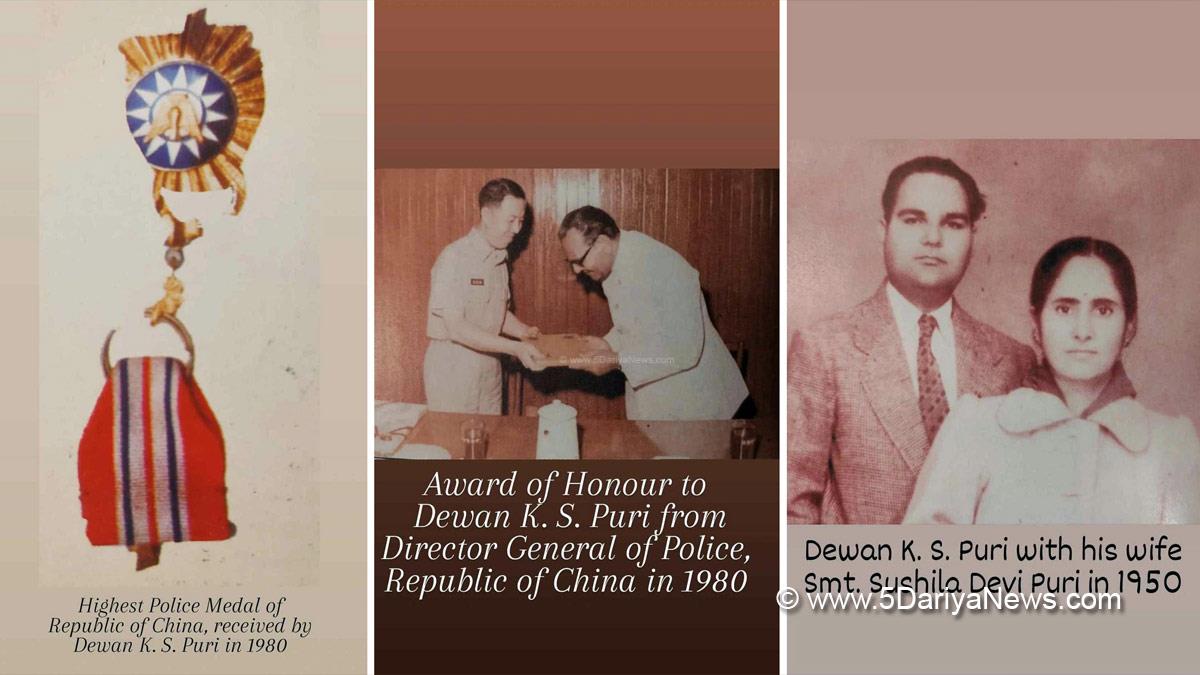 Author Dr. Jaswant Singh Puri, recipient of Doctor of Letters (Honoris Causa) and Punjab Ratan. He is the grandson of the late Dewan KS Puri.