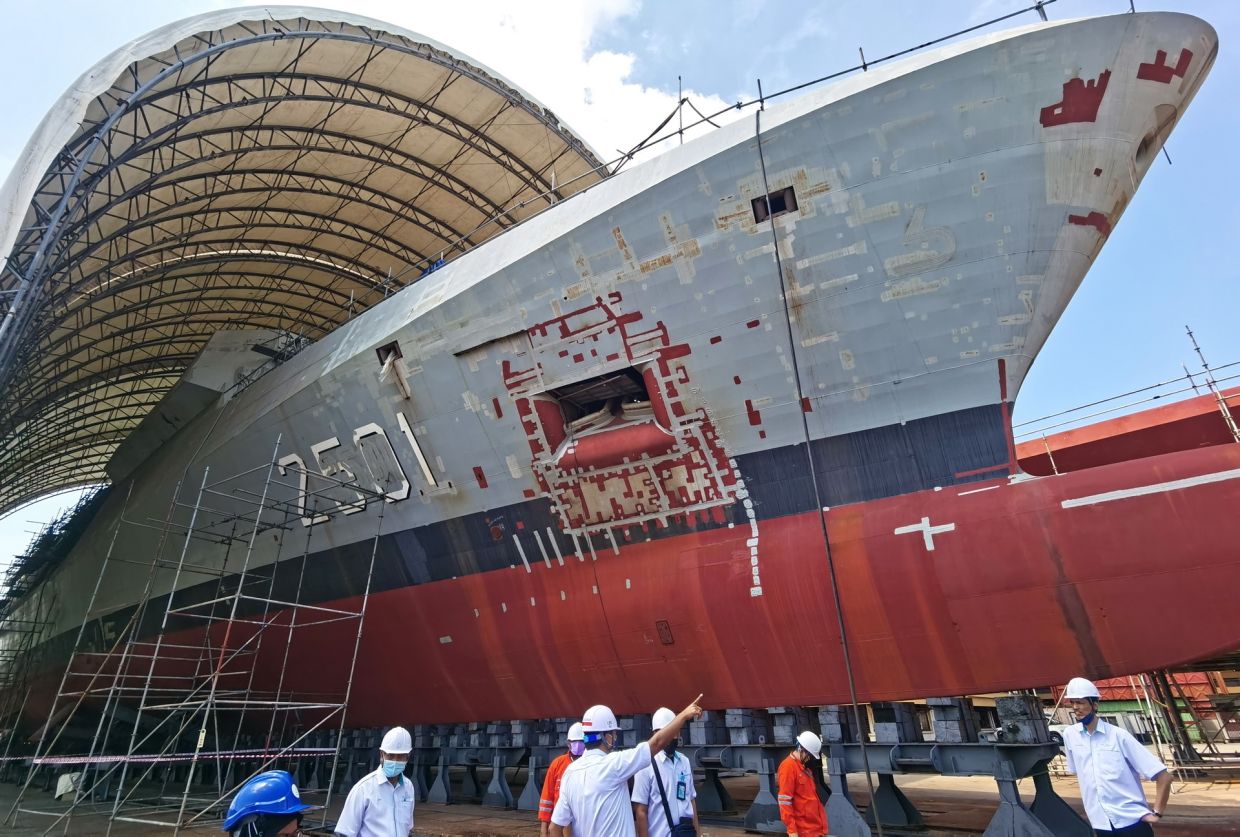 In the report, the audit committee also pointed to the suspicious role of the French defense shipbuilder, now known as Naval Group.

The committee noted that on March 20, 2012, Boustead Naval Shipyard (BNS) issued a Letter of Award (LOA) to DCNS for the provision of the Gowind-class vessel and support services, based on the assessment conducted by LCS Program Director Capt Anuar Murad and team.

However, the original LOA was changed within nine months and the value was revised to €62.8 million (approximately RM244.92 million). The revised LOA was released on December 17, 2012, with the scope of the original LOA completely changed.

READ ALSO : The two men who called the shots

“This fact reflects the fact that the original scope was vague and weak. The design contract was poorly negotiated with lapses in common sense. DCNS then took advantage of these slippages and capitalized on the resulting situation,” the committee said.

He also said that former LCS steering committee member Tan Sri Ramlan Mohd Ali mentioned that Anuar – who was the program director at the time – had insufficient expertise on the design of a warship, its costs related and the associated risks.

The committee also said that two more LOAs were issued on December 17, 2012, the first being for RM150mil Project Management Assistance and RM475.6mil Additional Services for Detailed Design and Support.

READ ALSO : The plot thickens over the identity of the mysterious woman

“We have noted that DCNS has received mobilization of approximately RM90mil (10%) for the above-mentioned LOAs without providing any prepayment guarantee or performance guarantee,” the committee said.

“Based on the documents provided to us, we found that the kick-off meeting did not take place between representatives of DCNS and BNS,” he added.

The audit committee later said it found no evidence to support the milestone for which payments were released on the recommendation of Anuar and then SNB chief executive Tan Sri. Ahmad Ramli Mohd Nor.

He added that a letter written by former technical and commercial team member Khalid Mohd to Ahmad Ramli, a copy of which was sent to Anuar and members of the commercial team, raised red flags. , but no corrective action was taken.

“This letter clearly conveyed the presence of the team during the trade negotiation seemed redundant and was frustrating, annoying and insulting. It is important to note that the fundamental purpose of having a trade team was to have control and a transparency during the procurement process,” the committee said.

He added that DCNS’ offer to design, engineer and support the project was technical in nature and said that without a good understanding and detailed discussion between DCNS and the technical and commercial team, it was not possible to understand the different components of the project, it’s relative costs and appropriate milestones.

However, the committee found that DCNS had not provided the technical and commercial team with the exposure necessary for them to carry out the necessary assessment.

He also found that the commercial team was also unaware of the commercial offer from DCNS made in December 2010 and March 2012 and had no opportunity to fully understand the offer.

In addition, he also found that the former Managing Director of the LCS Project for the Royal Malaysian Navy and current CEO of BNS, Azhar Jumaat, also clarified in his letter to the BNS Board of Directors dated May 20, 2019 that the DCNS’ initial contract to design, engineer and support was accepted although it was very “vague” and “weak” in scope.

“Similarly the procurement team was also misled due to a vague scope and during the meeting DCNS was pushy as they were not transparent in terms of scope of work, technical specifications , various components and deliverables,” he said.

“This resulted in many VOs issued up to FY 2018 amounting to 67 million Euros as stated in the said letter from Azhar,” he added.

However, the audit committee said that any comments on the scope of DCNS’s work, deliverables, extension and issuance of many VOs would require expert advice as it is technical, adding that it does not is not an expert in technical fields.

The committee has limited its conclusions and comments unless a review is made of all deliverables, payments and if it is able to understand the reason for the exceptional delay and question the officials concerned.

“Furthermore, DCNS’ involvement continued actively beyond 2014 and the conclusion drawn based on observations made up to 2014 would not be appropriate,” he said.

“This review must be done in its totality and not in its partiality to remain objective and independent,” he added.

The human identification market is expected to bring in $3.51 billion and