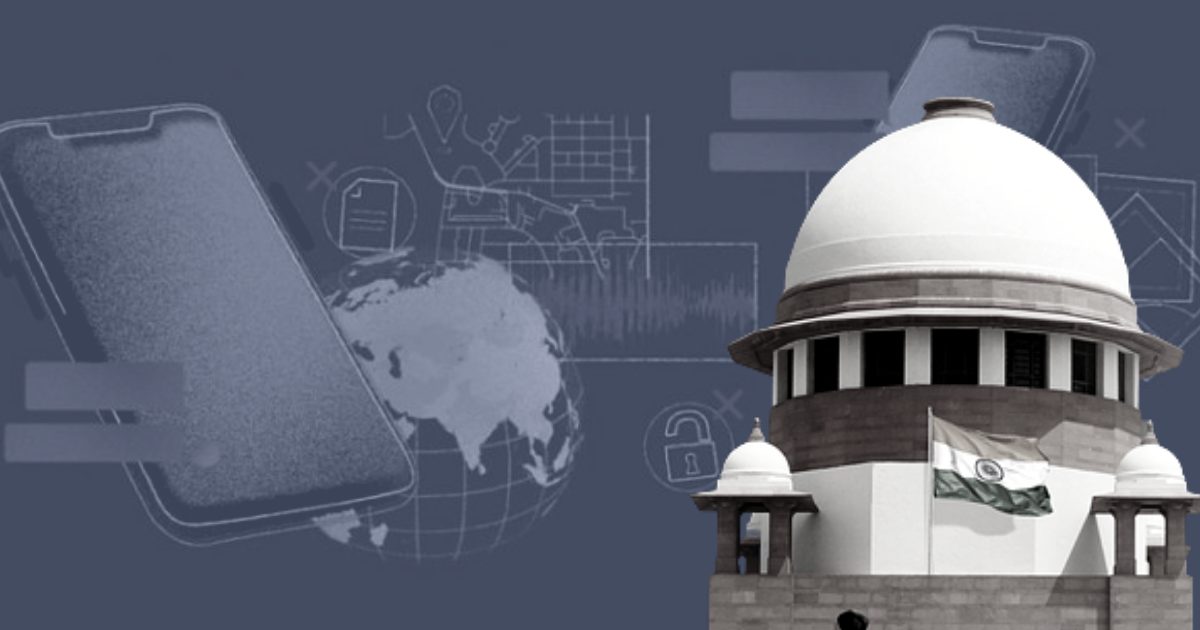 THE On August 24, the Supreme Court opened the sealed cover containing the reports of the technical committee, as well as its former supervising judge, who was appointed by it in October last year to probe the veracity of the allegations against the government of l Union for its use of Israeli spyware Pegasus to target activists, journalists, politicians, judges and government officials.

The bench, consisting of Chief Justice of India (“CJI”) NV Ramana and Justices Surya Kant and Hima Kohli, considered the report in open court. CJI Ramana informed the court that the reports are divided into three parts. He also informed lawyers appearing in the case that the technical committee examined 29 phones. Among them, five phones contained malware, but the technical committee said it could not be considered Pegasus.

On the role of the Union government, CJI Ramana said that it is clear from the Pegasus report that the government did not cooperate with the committee. She took the same position as before the Supreme Court.

The CJI also added that former Supreme Court Justice RV Raveendran, who oversaw the Pegasus committee, recommended changes to the existing law governing surveillance in the country. Additionally, Justice Raveendran recommended that privacy protections be strengthened as well as the nation’s cybersecurity.

In addition, it had three technical members:

The court said it was obligated to form the independent committee because:

“The state cannot get a pass every time by raising national security concerns. No omnibus ban can be opposed to judicial review.said the Supreme Court.

The Union government had informed the court that it did not wish to file a detailed affidavit in this case. Whether the government used particular software for the authorized interception was not a matter for legal debate, India’s Solicitor General Tushar Mehta had said, reiterating that the government was willing to constitute a committee of experts in the field who could look into the matter.

Explanation: The findings of the Pegasus Committee and what we know about the use of the Israeli malware