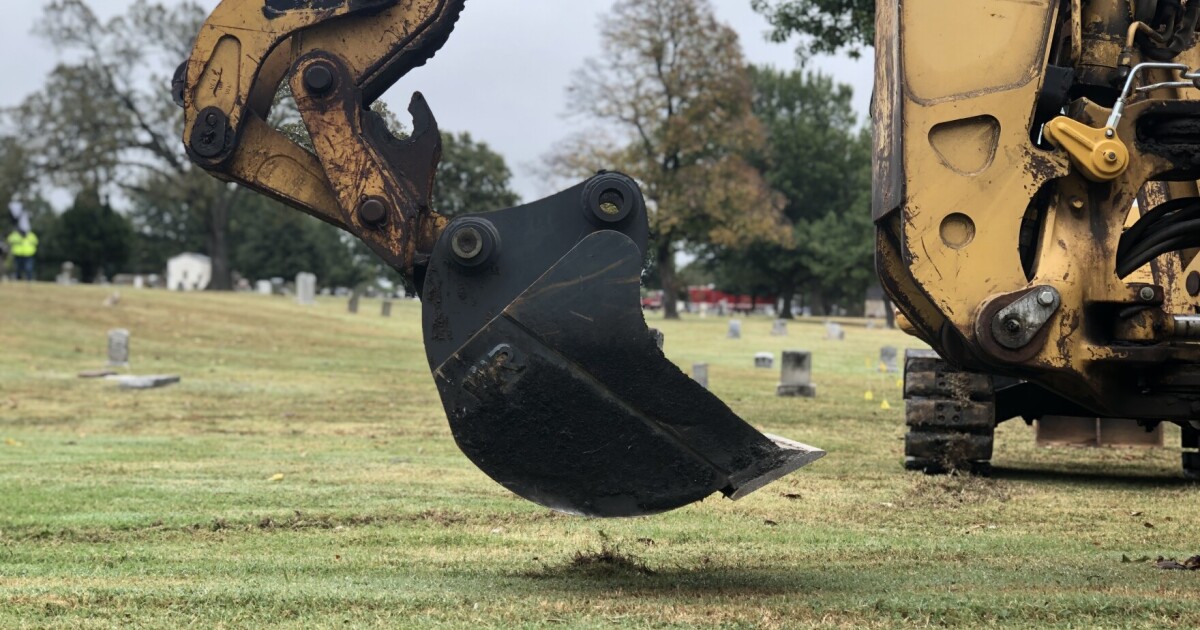 The discovery of human remains that may possibly be victims of the 1921 Tulsa Race Massacre in Oklahoma shows that the search for mass graves must continue, researchers have said.

A report submitted to the Tulsa committee overseeing the search said one body, believed to be a black man in his mid to late 20s, is a possible victim of the massacre and had three gunshot wounds with two bullets recovered from the remains, including one from the direct.

Forensic anthropologist Phoebe Stubblefield said Wednesday DNA could provide circumstantial evidence linking the remains to the massacre. But she said it will probably never be able to be confirmed with certainty that any remains were victims of massacres.

The man was shot, Stubblefield said, but the timing and circumstances of the shooting will never be known.

“The person had a death involving another human, so that part is clear, but when that death occurred, there are no definitive indicators and the exact context of… how the bullets were introduced, there is no There’s no indication under the ground for that,” Stubblefield said.

The .38 caliber bullets were believed to be from a Colt revolver, but could not be linked to the same gun due to their deteriorated condition, the more than 1,000-page report states.

Six other bodies could not be ruled out as casualties, according to the report presented by Stubblefield and state archaeologist Kary Stackelbeck.

The bodies were exhumed in 2021 after 35 coffins were found during excavations and 20 sent for further examination.

One of the 20 coffins, believed to be a baby, contained no remains.

The report recommends further excavation of Oaklawn Cemetery and further analysis for possible mass graves in a park and adjacent homeless camp, where oral histories indicated that victims of massacres were buried.

Tulsa Mayor GT Bynum said the city will work to implement the recommendations.

“The City of Tulsa will need to solicit bids for the work to be done to determine the budget needed for the next stage of this investigation,” Bynum said in a statement.

At an oversight committee meeting held virtually Tuesday, several members expressed frustration with the lack of communication from the physical investigation team and city officials, as well as a sense that some of their decisions were ignored.

At a Tulsa City Council committee meeting on Wednesday, Chairwoman Vanessa Hall-Harper, also a member of the oversight committee, said there were ongoing tensions in how the city proceeded to reinter the remains. exhumed last summer despite a vote against the committee members.

“There is concern that the oversight committee is not being listened to,” Hall-Harper said.

“If there are decisions that are made and they’re just made and that’s how we’re going to do it, as opposed to – when you have an oversight committee, and that’s what they walk away, you’re going to have some discord,” Hall-Harper said.

Oversight committee members and advisers also highlighted what they saw as a divergence on how to define research: a homicide investigation or an archaeological expedition?

Bynum said he understood where those feelings came from.

“There are people who are very suspicious of the city and our work on it,” Bynum said. “And on – just to be completely human, there’s a part of me that gets pissed about that. But if my family was murdered 100 years ago and the city waited 100 years to try to back, I’d be pretty damn suspicious too, so I don’t blame them.”

Hall-Harper said this needs to be clarified.

“We need to have clarification and we need to say the same thing,” Hall-Harper said.

“I literally have people calling me saying they don’t want to be on the oversight committee anymore because of this, and so we need to get this straightened out. Quickly,” Hall-Harper said.

During a virtual press briefing on Wednesday, Stubblefield said she, too, understands how people feel.

“And, in that sense, we are pleasing the whole city in that we are doing justice, if only recognition justice, to those people who have been evicted, who are part of the historical record as being evicted , ” she says.

“I accept that there are different emotional responses, but I can see the actual progress, so I just have to accept that that’s how they feel and that’s what I see I’m doing,” said Stubblefield, who said she had been involved. in the search for victims of massacres on and off for two decades.

A city spokesperson said Friday that a schedule has not yet been set for future work or oversight committee meetings, but the team plans to update city council quarterly.

The 1921 massacre occurred when a white mob descended on the black section of Tulsa – Greenwood – and burned over 1,000 homes, looted hundreds more and destroyed its thriving business district. Most historians who have studied the event estimate the death toll at between 75 and 300.