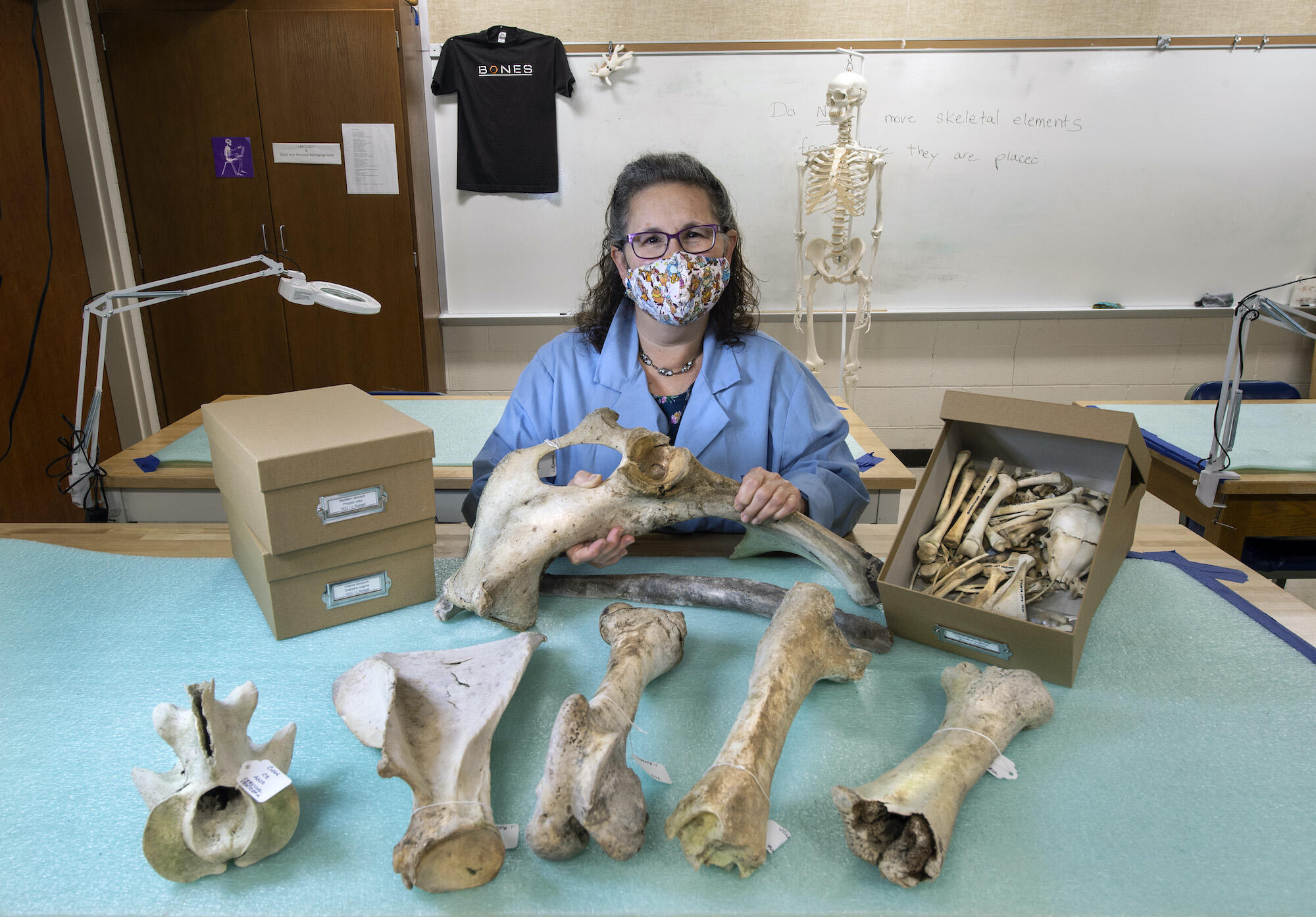 Last year, search and rescue volunteers were called to a remote area of â€‹â€‹Virginia to search for human remains as part of a law enforcement investigation. One of the researchers came across some bones and thought it might be the person. Nearby, other bones were discovered. Some of the bones were later found to be from a bear, but this created some confusion for the team.

This experience and others led Jim Russell, director of the Search and Rescue Tracking Institute, a human tracking team located in Virginia, to organize a training session at Virginia Commonwealth University over the summer. The institute is made up of search and rescue volunteers from across the Commonwealth, and Russell wanted his team at the institute to be better trained in forensic science. Through a contact, he was put in touch with Tal Simmons, Ph.D., a professor in the Department of Forensic Sciences at the College of Humanities and Sciences at VCU. She is a forensic anthropologist specializing in understanding the decomposition of the human body after death.

Simmons has traveled the world and worked at the intersection of forensic science and human atrocities since the late 1990s. She was Director of the Forensic Oversight Project in Bosnia for Doctors for Human Rights. man, where she and others investigated mass graves from the Yugoslav Civil War.

â€œThe discipline has been around for a long time,â€ Simmons said. â€œIt’s something I love to do. I prefer human rights and the humanitarian aspects of things in general.

Russell said most search and rescue efforts involve a missing person. Teams are formed to search for clothing on bushes or broken tree branches. They don’t have as much experience in identifying and documenting human remains.

The VCU training took place over two days in August. Day one started in the classroom and ended at Pocahontas State Park in Chesterfield County and gave search and rescue professionals the opportunity to investigate a mock crime scene with human remains. The second day was in the classroom and in the lab and focused on identifying bones.

â€œWe’ve had a great training,â€ said Russell. â€œIt was a great match that brought all of our resources together. “

Members of the Search and Rescue Tracking Institute have received training at Radford University, Western Carolina University and most recently the University of Tennessee in Knoxville, Russell said. â€œAfter finding Dr. Simmons, we are delighted to have found a resource for a variety of forensic training here in central Virginia. “

When Russell contacted Simmons, she sent him several previous training and course programs. They talked about the options and opted for the two day course. They wanted to focus on the areas where Simmons could teach the team the most.

â€œAnimal bones often accompany my suitcases because it is difficult for people who do not know the human skeleton intimately to tell the difference,â€ said Simmons.

The class also taught the participants the different stages of human development. The bones of infants are very different from the bones of adolescents. The goal was to give search and rescue team members hands-on experience of the different types of bones they might encounter during a forensic investigation.

On the ground, a crime scene was set up where false human bones were placed on the ground. The teams familiarized themselves with photography and taking notes. Simmons wanted them to understand the best practices for assessing a crime scene, such as having a good camera instead of trying to document with a cell phone.

â€œI agreed to build a collection for the Forensic Anthropology Lab,â€ Russell said. â€œAnd so I delivered, I think, the first five or six boxes of bones to this class. Right now I’m working on continuing to build this collection for VCU, which I’m really excited to do.

Russel said the institute and Simmons are considering doing more training. Several members missed the initial session and some topics were not discussed. The goal is to get the members of his team to think about the challenges of recovering human remains.

â€œWe talked a bit about the possibility of doing entomology classes to find out what kind of insects would have an effect on the human body as it decomposes,â€ Russell said. â€œSo another thing we want to know is if a person has been dead within a week, what condition are we really waiting to find? What do we expect to walk on? “

The organization plans to update its documentation and some of the training with Simmons could be incorporated into the new documents. Simmons also talks about having one of the members speak to his class about search and rescue.

â€œI think the two days have been quite successful,â€ said Simmons. â€œWe had a great day together. “

Subscribe to VCU News at newsletter.vcu.edu and receive a selection of stories, videos, photos, news clips and event listings delivered to your inbox.