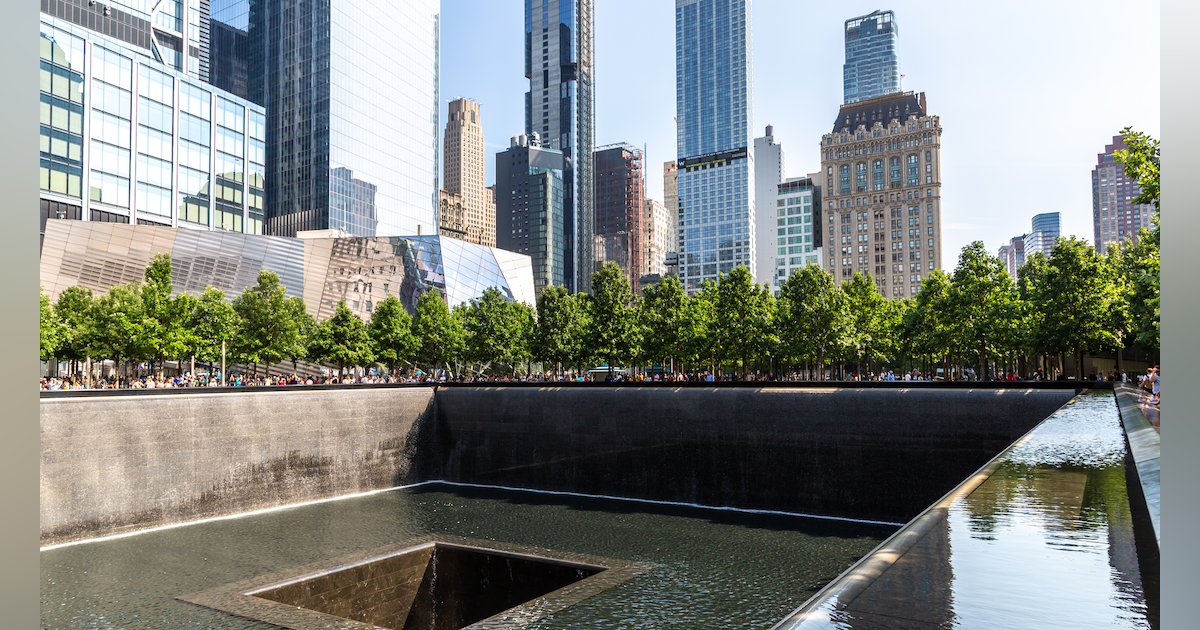 Most birthdays are festive and tend to commemorate a joyous event. But some birthdays commemorate tragedies, and these should be recognized as well. September 11 marks the 20th anniversary of the terrorist attacks on the United States. Four planes were hijacked that morning, two from Boston, one from Newark and one from DC.

The attacks took place in New York, Washington DC, and in the air as a plane fell in a field in Pennsylvania as it was possibly heading towards the White House. Two of the planes entered the World Trade Center buildings, one entered the Pentagon, and the fourth destination is still unknown. It was the worst terrorist attack on American soil in our country’s history, and nearly 3,000 people lost their lives.1

It is likely that some of you reading this were not yet born or were not old enough to remember 9/11. Nevertheless, you are aware of it. For those of us who remember and witnessed September 11, 2001, his images are forever etched in our memories. Our nation has come together like never before. People lined up in hospitals to donate blood. Firefighters and police were thanked and applauded in the streets. Houses and cars displayed the American flag. For a while, the walls of Manhattan buildings were covered with posters of missing persons. These showed the hopes of families whose loved ones could not be found. The sad truth is that most people died and were returned to their families after being found and identified.

Many, many volunteers offered to help with the intensive work or wherever it was needed. I have witnessed it and can vouch for the fantastic response from the dental community. It was certainly the biggest outpouring of the dental profession that most of us have ever seen, where we have offered our skills and volunteered in every way we can.

The main forensic task assigned to the New York medical examiner was to identify people. All the teams in his practice were called, including the dental identification team. Forensic dentistry refers to dentistry performed to aid the legal community. The New York team grew bigger as the task grew, and days turned into weeks and months. Members of the nationwide dental community have offered to come to New York to help. It was truly an example of the selflessness and compassion of the dental community, and the asset it represents to forensic pathology.

The New York base team, of which I am a member, were prepared to work on multiple deaths, but the numbers for 9/11 were unprecedented and we could never have prepared or expected to live. But we knew our first priority was to send loved ones home to their families. So we put our emotions aside and set out on this huge task.

We shared the teamwork in the sections

The work of the Dental Identification Team (DIT) is divided into sections in many jurisdictions in the United States (Figure 1). The forensic pathologist is the chief and the chief dentist of each team reports to the forensic pathologist. The responsibility of the DIT leader is to oversee all operations of the team section. One section is called the ante mortem section, and its members attempt to secure the dental records of alleged victims. I wore this hat on certain days.

I had to call insurance companies, dentists, and foreign countries to pull together whatever was available for patient records to help create missing person dental profiles. Citizens of 78 countries lost their lives in the World Trade Center.1 Most of their medical records were written in languages â€‹â€‹other than English. The documents also had different numbering systems, abbreviations and card systems. Interpreters were called in to help. A hygienist translated all the Japanese cards received.

The next section of the team is the post-mortem section. This is where practical examinations, x-rays and mapping are done on human remains. There was always something to learn and someone with dental expertise always had something new to share with us.

Another section is the comparison section. This is where computer programs are used to help find possible similarities in dentitions from the ante and post mortem records entered into the program.

Due to the enormity of the situation, we have instituted an administrative section composed almost entirely of dental hygienists. We have created volunteer schedules. We created databases that maintained information and contacts for team members and other volunteers. All filing, receiving phone calls, faxes and tracking dental staff hours was done entirely by dental hygienists. Yet we still worked in each section when needed. We worked with dentists to note the remains, display x-rays, charts, and capture ante and post-mortem information. Dentistry was responsible for several hundred positive identifications with multiple modalities.2

As we celebrate the 20th anniversary of September 11, the world faces new global challenges that test our capacity for spirit, compassion, responsibility and resilience. Our obligation to commemorate, educate and inspire is more urgent than ever. Across the country, states have erected memorials of reflection in a way. In New York, the National 9/11 Memorial and Museum honors the victims of 9/11/01 and 02/26/1993, when a car bomb exploded in the parking lot of the World Trade Center.

The National September 11 Memorial and Museum offers a world-class learning experience that ensures a new generation will experience this transformative moment that affirmed the best of humanity in the face of the worst and helped shape the world in which we live. It is presented as a powerful tribute to the victims and to the power of the human spirit. It is important to New York, our country and the world.3

The truth is, September 11 did not end on September 11. We are always inspired by the stories of courage, compassion and resilience in dentistry and dental hygiene. We have sworn to never forget and we must keep that promise. I am honored to have played a role with my colleagues in the identification efforts and to be part of the legal dental community. The community has more than 100,000 professional workers and volunteers who have spent countless hours digging through the rubble amid the acrid smoke and polluted air in the hopes of finding survivors. Today, 68 cancers and many respiratory diseases have been linked to these toxins.4 My own cancer has been certified as 9/11 related, but I would not hesitate to help again as dental hygiene has contributions to make outside of private practice.

Although 20 years have passed, dental identification teams still exist. In New York City, technology has replaced or altered many protocols, but the basics remain the same: using the combined knowledge, skills and expertise to return loved ones to their families and help law enforcement.

One of my hygiene mottos is: â€œA success for a hygienist is a success for all of usâ€. Share this success. Hygienists neither seek nor need public recognition for their work. Together we can do a lot and we can make history. Our contributions speak for themselves. On this 20th anniversary, I thank all the dental professionals who volunteered. Everyone has had an impact on forensic odontology, dental hygiene and humanity.

Winnie Furnari, MS, RDH, FAADH, FAAFS, FADE, is the past president of the American Academy of Dental Hygiene. She has served as president of the New York and New Jersey dental hygienists associations and has held numerous positions in professional organizations. She is a Clinical Professor at NYU College of Dentistry and teaches a forensic dentistry / disaster preparedness course as part of the undergraduate program. Furnari has received national and international awards and recognition for his achievements in dental hygiene. As a member of the New York City dental identification team, she has been involved in several multiple death interventions.

Fingerprint Proof – A foolproof identification: the case of mass fingerprints