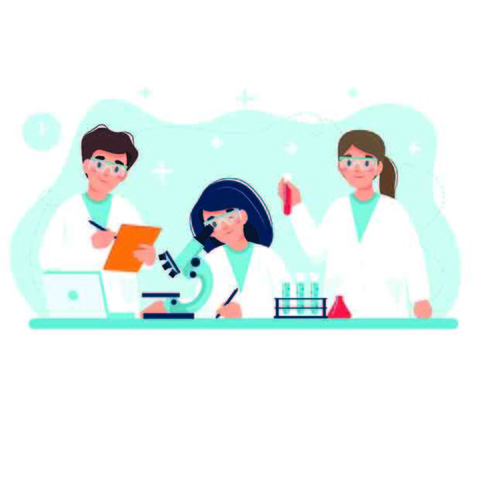 The pandemic, a “missed opportunity” to recruit specialists of the future

Lab careers need to be “made more visible” to encourage more young people into the field and support the growth of life sciences, said the head of an international lab company. The remark comes after a large survey of young people in the UK showed that while images of lab tests dominated our TV screens during the pandemic, lab work is still as unknown to one in three young people. than before COVID-19.

To mark World Laboratory Day on April 23, the Hamburg-based laboratory products manufacturer Starlab International, which has a base in Milton Keynes, conducted a survey of young people in the UK and Germany. The findings, which highlight a lack of knowledge about careers in the laboratory, raised concerns about “missed opportunities” to recruit specialists of the future, despite the global coverage of laboratory work during the pandemic.

The Starlab survey, which interviewed 1,000 young people aged 16 to 19 in the UK, shows that while many young people think lab jobs are ‘meaningful, safe and relevant’, the steady stream of headlines linked coronavirus over the past two years has had little effect in encouraging more school leavers and school leavers to consider careers in laboratories or science.

Survey results show that while 65% of respondents say the pandemic has made them aware of the importance of lab jobs, 28% still have no idea of ​​the profession, with perceptions of working in a lab limited to medical activities and/or laboratory technical assistant roles.

Starlab CEO Klaus Ambos said: “The pandemic has provided the best opportunity and model to educate young people and children about job profiles in the lab – but that chance has gone unused. For the life sciences sector, these missed opportunities could become an economic problem in the future. To protect the life science industry, it’s all the more important to take the virtually invisible tasks you can perform in a lab and make them more visible. Celebrating World Laboratory Day on April 23 is a great start.

The survey also revealed that while STEM subjects (science, technology, engineering and mathematics) were the subjects that interest students the most (32%), this interest does not translate into concrete careers in the life sciences. .

Starlab, which runs an annual Colors of Science campaign to try to change perceptions of careers in science, says pathways to careers in the lab should become more prominent.

Klaus Ambos said: “The survey results suggest that young people lose their inherent interest in STEM at some point in their schooling and choose a career based on criteria such as prestige, salary and work balance. /personal life. Young people with science aptitude and the corresponding grades seek jobs in management consulting firms, IT developers or the automotive industry. In other words, BMW rather than biotech. One of the reasons for the lack of young talent seems to be that most people have only a stereotypical idea of ​​what working in a laboratory entails. The first thing that comes to mind for most people when considering a lab job is to have blood and urine tested at a doctor’s office.

Here are the highlights of the survey:

Starlab’s Colors of Science campaign aims to show that science is more than sterile rooms and white coats, and that it is “cool and colorful”. Its mission is to inspire the younger generation with the idea of ​​working in the laboratory and undertaking research.

Denise Fane de Salis, managing director of Starlab in the UK and area manager for Northern Europe, said a “disruption” of the lab industry was needed to inspire more young people.

She said: “I think there’s still this old-fashioned view of lab work, so we need to show the world how great it can be to work in a lab and what a difference it can make. Forensic science and other industries get extensive coverage on TV shows – lab work should also be in focus. What’s also interesting about the survey results is that a lot of young people think you need really good grades to get into this industry. The laboratories attract people from different backgrounds, who have traveled various paths, so it is a question of making young people aware of the different paths available to them. The survey also highlights the influence of social media on young people in the UK, so we need to think about how it can be used to reach young people and raise awareness of more role models in science.

ballari: Ballari gets its own forensic laboratory | Bangalore News