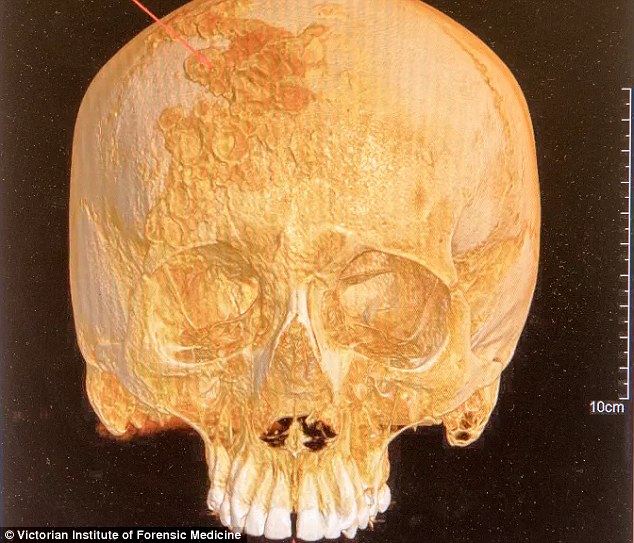 The skeleton and the body in the purple scarf: forensic scientists reveal the two mysterious men

Forensic experts have shed light on two mysterious cases they were never able to solve – one involving an almost perfectly preserved skeleton and another body found hanging from a purple scarf as a noose.

The Victorian Institute of Forensic Medicine has collected DNA samples from families of more than 300 missing people, as well as remains of corpses waiting to be identified.

DNA samples are collected so families have a better chance of finally finding the missing body of a loved one.

Two cases left forensic scientists puzzled as to who they were – one involved a perfectly preserved skeleton and another involved a noose hanging from a tree, wrapped in just a purple scarf

Sometimes a DNA match is made, but in other bizarre cases, forensic scientists are left to speculate.

Two cases in particular involve an almost perfectly preserved skeleton and a body left hanging from a tree with only a purple scarf wrapped around it.

Senior medical examiner Dr Soren Blau told Daily Mail Australia the skeleton was found near the Sandy Point coast and was complete and there was not an inch of clothing on it.

“This is unusual because it is a complete skeleton located in an aquatic environment,” explained Dr Blau.

She added that typically only body parts are recovered in aqueous environments – not a complete skeleton.

There was also no evidence that the body had been recovered by animals, nor any items associated with it.

What was distinctive about the skeleton, however, was that the man had a gold filling in his front tooth, according to Age.

The results of a cranial morphology also show he could be related to someone from Italy, The Age reported.

Molecular biologist Dadna Hartman worked with Dr Blau to extract DNA from one of the skeletal bones, but this will only prove useful if the sample finds a match in the institute’s DNA collection. . 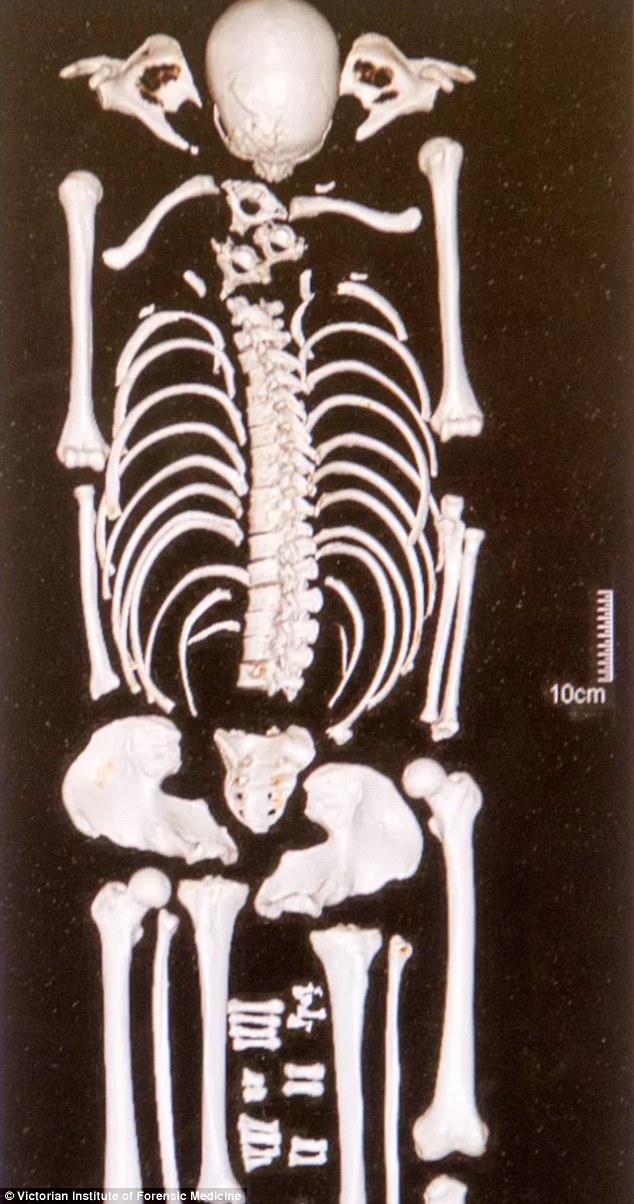 Another mysterious case involves remains that were found near a tree in the bush, where a noose was also found hanging nearby with a distinctive purple scarf wrapped around it.

The Age discovered that the man, in his twenties, was wearing Country Road pants and sandals. Other than that and his purple scarf, no other items were found on him.

Asked for leads, Dr Blau says the complexity of the identification process makes it difficult to identify certain bodies.

Detailed ante-mortem reports are of great help in identifying bodies.

These reports are usually provided by family members, who can provide information about the missing person’s dental history, age, distinguishing features, and medical history. 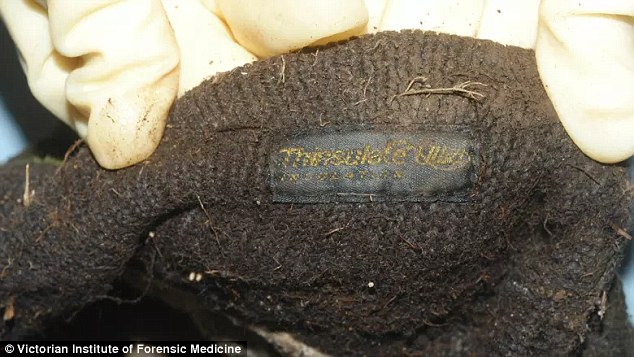 Another mysterious case involves remains that were found near a tree in the bush, where a noose was also found hanging nearby with a distinctive purple scarf wrapped around (pictured)

Compare an ante mortem report with a post mortem report so that a comparison can be made, thus increasing the chances of matching the DNA extract with the DNA samples of family members.

“Unless we have good ante mortem and post mortem information, it is very, very difficult to identify certain bodies,” said Dr Blau.

Preserving a body is also crucial for identifying and possibly extracting DNA, but the remains are usually exposed to many factors.

An example given by Dr Blau would be if a person had not been recovered for a long time, with their remains being repeatedly exposed to the sun, rain or salt water.

While others might find forensics to be morbid work, Dr Blau says she is not. In fact, she says it is a privilege to examine and identify the deceased bodies and to associate them with families who have been searching for a long time.

“It is a privilege to use this expertise and to work with others to provide names,” she said.

Berghaus partners with Dukes cabinet by Soho Vintage Specialists for an…