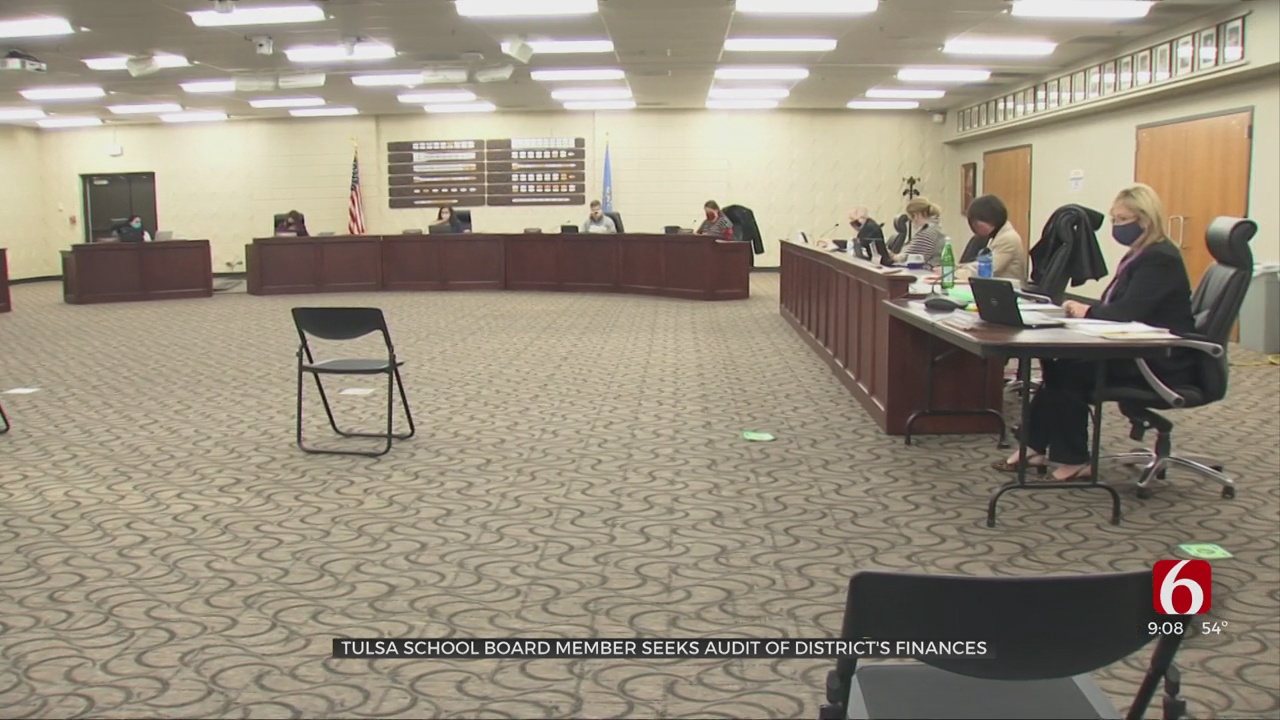 A member of the Tulsa school board resigns from his post on the district finance committee.

Dr Jerry Griffin says he’s also asking the state auditor to do a district forensic audit for the past six years.

Dr Griffin says he is not aware of any wrongdoing on the part of the district, but due to allegations over the years from some parents, he says a forensic check would be a chance. ‘clear the air.

He says he’s been on the committee for over a year and they meet monthly to discuss school finances.

He says he repeatedly requested different reports but never received them.

“I always have the excuse that our system doesn’t have this data, or we can’t generate this data, and I more or less followed, tried to be compliant, submitted I guess sometimes and go ahead with what they tell me, but eventually I decided that’s enough, “he said.

He says the district is audited every year, but he believes the state needs to perform a full forensic audit of the district’s finances.

“The administration and the board should be the first to call the state auditor and welcome him to our house, we have blank books, but again they resisted, so that makes you a little nauseous about it, â€he said.

He says that by leaving the finance committee he has no intention of resigning his position on the school board and will continue to serve the parents and students of TPS.

“I will continue to fight for justice and for the parents, and for the children of Tulsa, that is why I am here,” he said.

TPS has issued the following statement on behalf of Board Chair Stacey Woolley:

The Tulsa Board of Education exists to serve the children and families of our city. Our most important responsibility is to protect and manage our public school district and to protect the needs and interests of the children we serve. For nearly a year now, the Board of Education has intentionally worked to shift to governance focused on student outcomes – putting student outcomes at the center of everything we do together. It is extremely disappointing to see Dr. Jerry Griffin making baseless claims that take time, energy and resources essential to work supporting children and families.

I have had the privilege of serving alongside a dedicated group of board members who work incredibly hard and fully understand the responsibilities they hold as the governing body of our district – including fiduciary duties. which are fundamental to the effective functioning of our district. For more than a decade, Tulsa’s public schools have been recognized by the Government Finance Officers Association and the Association of School Business Officials for their excellence in financial management and reporting. Each year the district engages an independent auditor to perform a full review of all financial reports and these audits are available in the full annual financial reports, which are publicly available on the district website. website. For more than a decade, the neighborhood has received “unmodified opinions”. For those of us who are not accountants, this signals a positive audit report.

As a member of the finance committee of the board of directors, Dr Griffin met these independent auditors on several occasions and, in fact, after one of these meetings, Dr Griffin said he did not believe that ‘a forensic audit was necessary. It was certainly shocking and disappointing to read a press release from Dr Griffin that included false statements about his access to information and a call for a forensic check he previously deemed unnecessary. I’d love to have the opportunity to have a more in-depth discussion with Dr Griffin on this issue – and I was trying to schedule a meeting – but he didn’t give me that opportunity until he sent out his press release.

There is a sentiment in Dr Griffin’s press release that I agree with: he is It’s time to protect the “cookie jar” from the unproductive media stunts that keep us all from focusing on our students.