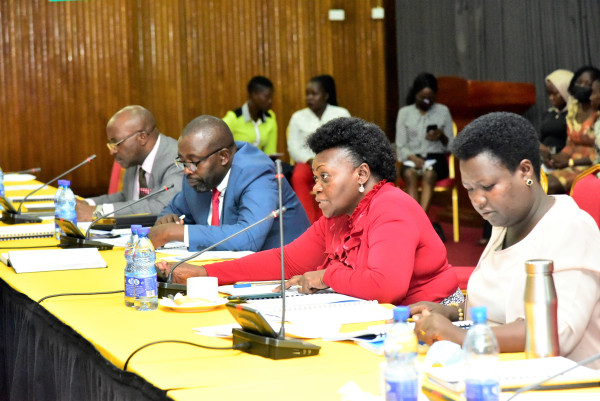 Members of Parliament have ordered the director of the Lira Regional Referral Hospital, Dr John Stephen Obbo, to provide evidence of the non-absorption of 1.5 billion shillings earmarked for the hiring of medical specialists.

Lawmakers who sit on the Committee of Chartered Accountants (PAC-Central) are concerned that a number of hospitals, including Lira Hospital, received funding for staff recruitment in the 2020/2021 financial year, but instead “returned” the money to the Consolidated Fund.

The observation was made during the meeting with Lira Hospital officials on the Auditor General’s report for the financial year 2020/2021 on Thursday, June 30, 2022.

Dr. Obbo, in his rationale, said that the non-uptake was partly due to the difficulty for rural health facilities to attract specialists.

“It is very difficult for us to attract medical specialists, but we believe that the increase in salaries for scientists will motivate many to work in the hinterland,” Obbo said.

He also blamed delays in the hiring process at the Health Services Commission, which lawmakers rejected because documents presented to the committee lacked evidence.

He added: “The committee’s concern is that we want to know whether this non-uptake was the result of your negligence and incompetence or whether it was an issue with the health services commission.”

“You realize you had no staff, you knew you needed them, you got the money but waited to apply in the second quarter of the year,” Opendi said.

“When did you actually have those vacancies? Why were these submissions not made in time to enable the Health Services Commission to prepare for recruitment in time? Opendi asked.

The committee observed that this trend, as evidenced by the audit reports of several hospitals, is a potential whistleblower calling for a forensic audit on collusion between hospitals and the Ministry of Finance.

“Why is this recurrent elsewhere in medical establishments?” Basalirwa asked before instructing Obbo to provide the committee with evidence of all efforts to use funds for recruitment.

The day before, hospital officials had been fired by the committee for failing to produce documents to support their responses to the auditor general’s report. The committee also threatened to block the director’s transfer to another station until he answered all the questions raised.

Distributed by APO Group on behalf of the Parliament of the Republic of Uganda.

This press release was issued by APO. Content is not vetted by the African Business editorial team and none of the content has been verified or validated by our editorial teams, proofreaders or fact checkers. The issuer is solely responsible for the content of this announcement.

January 6 Committee did not contact Secret Service before bombshell testimony